How can information and dataviz give a voice to products?

In 2015 we won the Guinness World Record for the largest plotter image ever made together with Carlo Ratti Associati for the Coop Future Food District at the Milan Expo. The external facade of the supermarket of the future processed the informations and depicted visitors’ figures experiencing the space. Meanwhile, the real-time dataviz and projections on the gigantic wall inside the pavilion examined and gave back data about the new forms of interaction between people and products in a fully operational market. 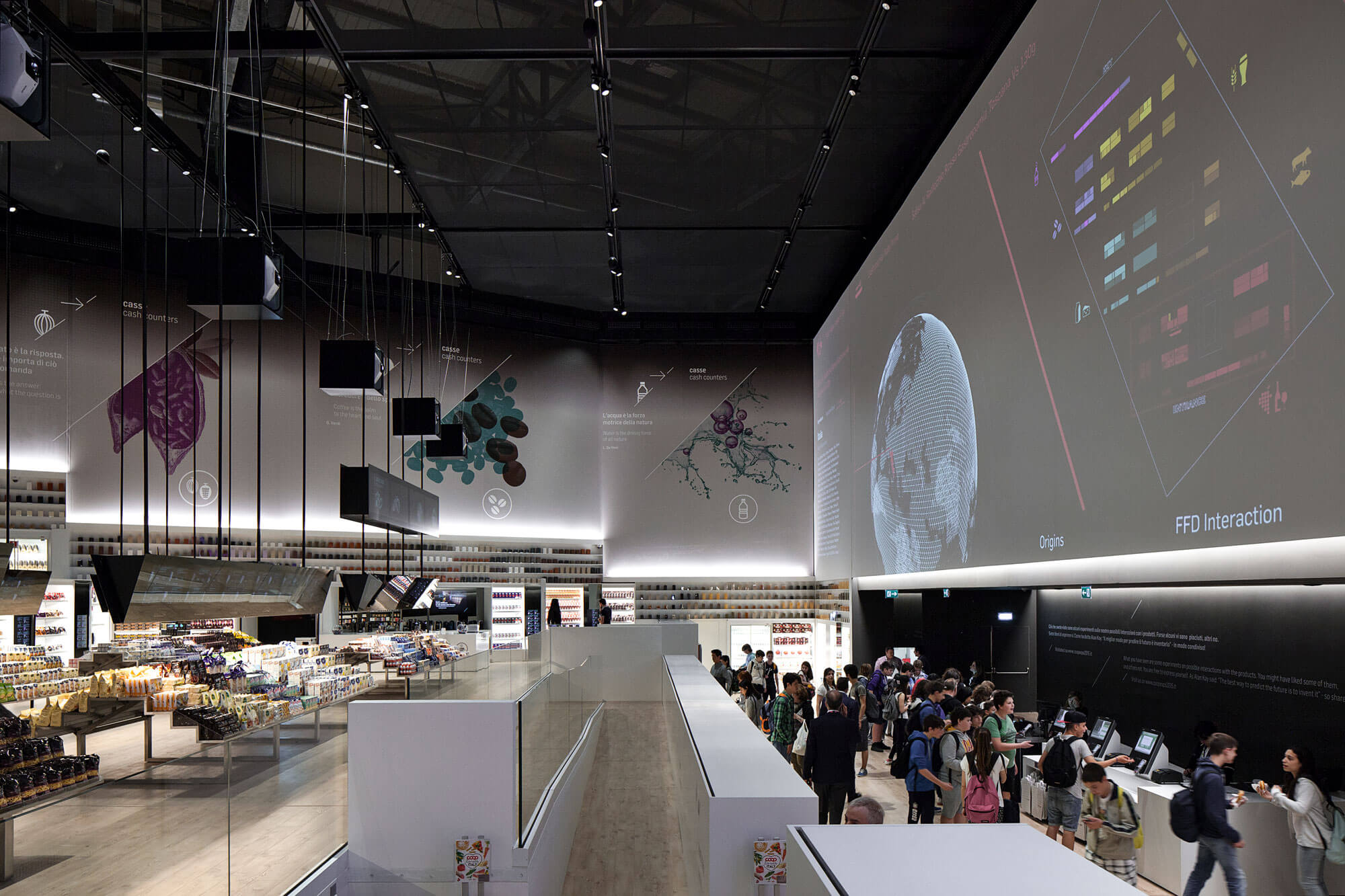 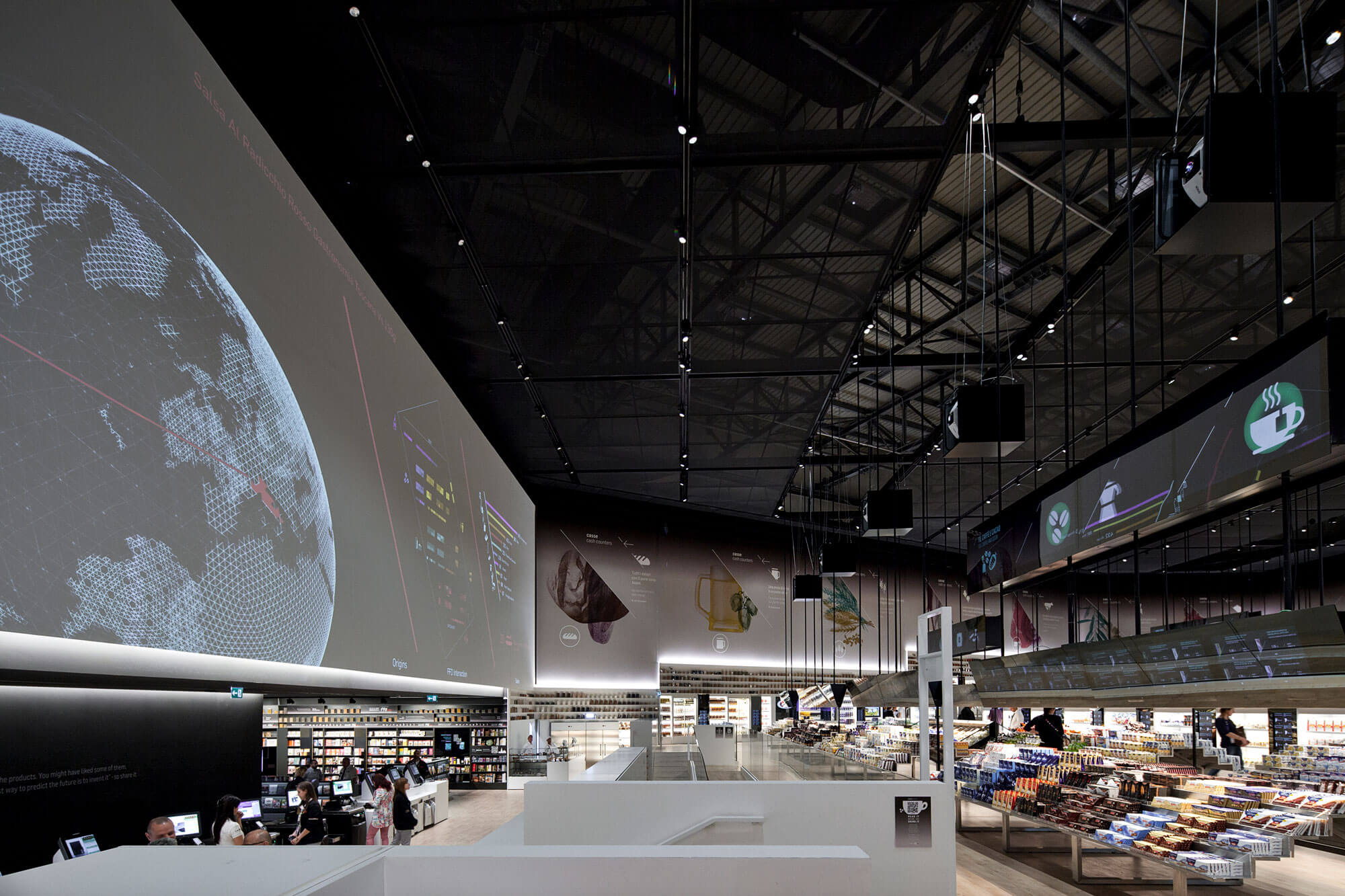 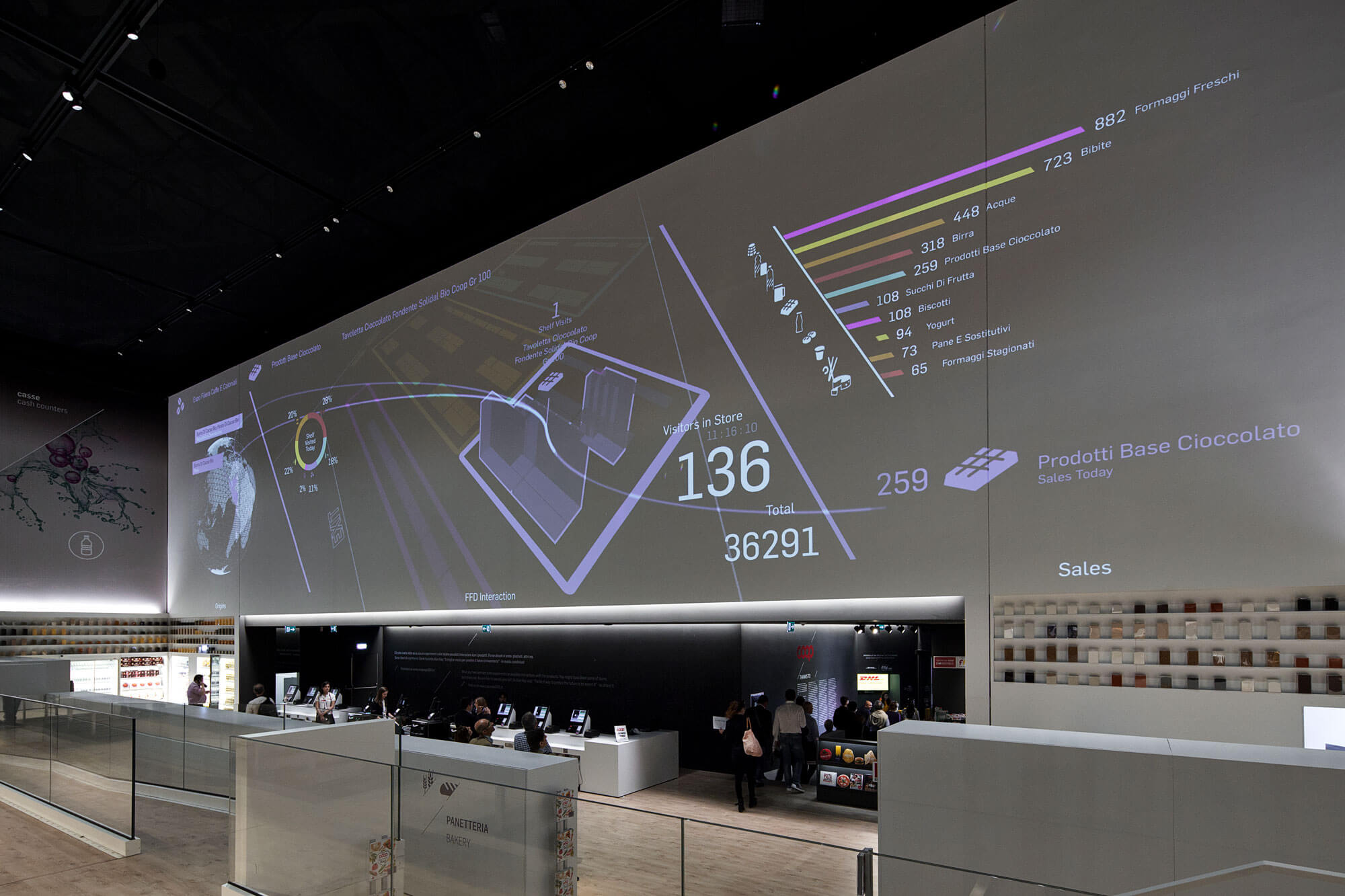 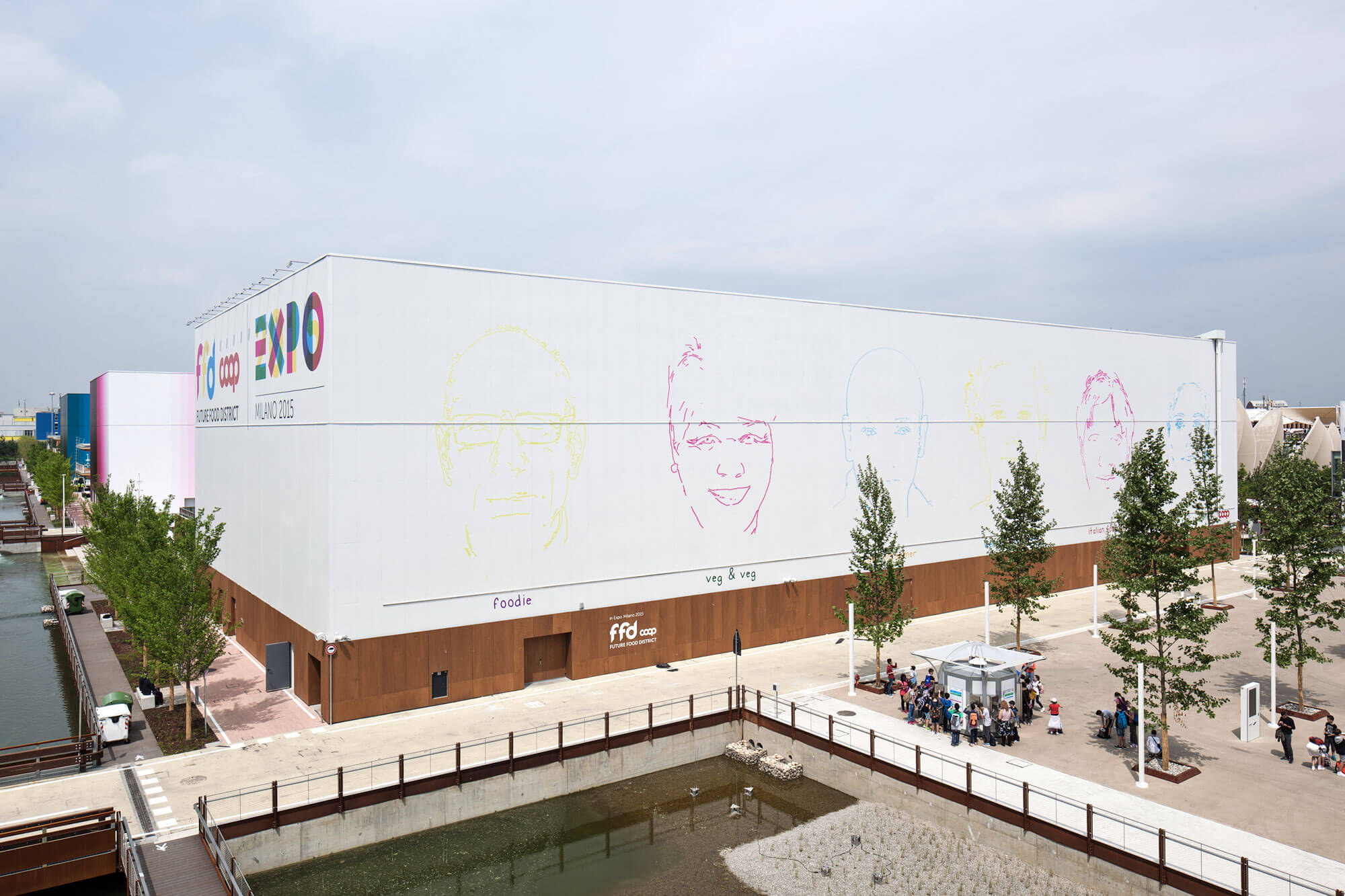 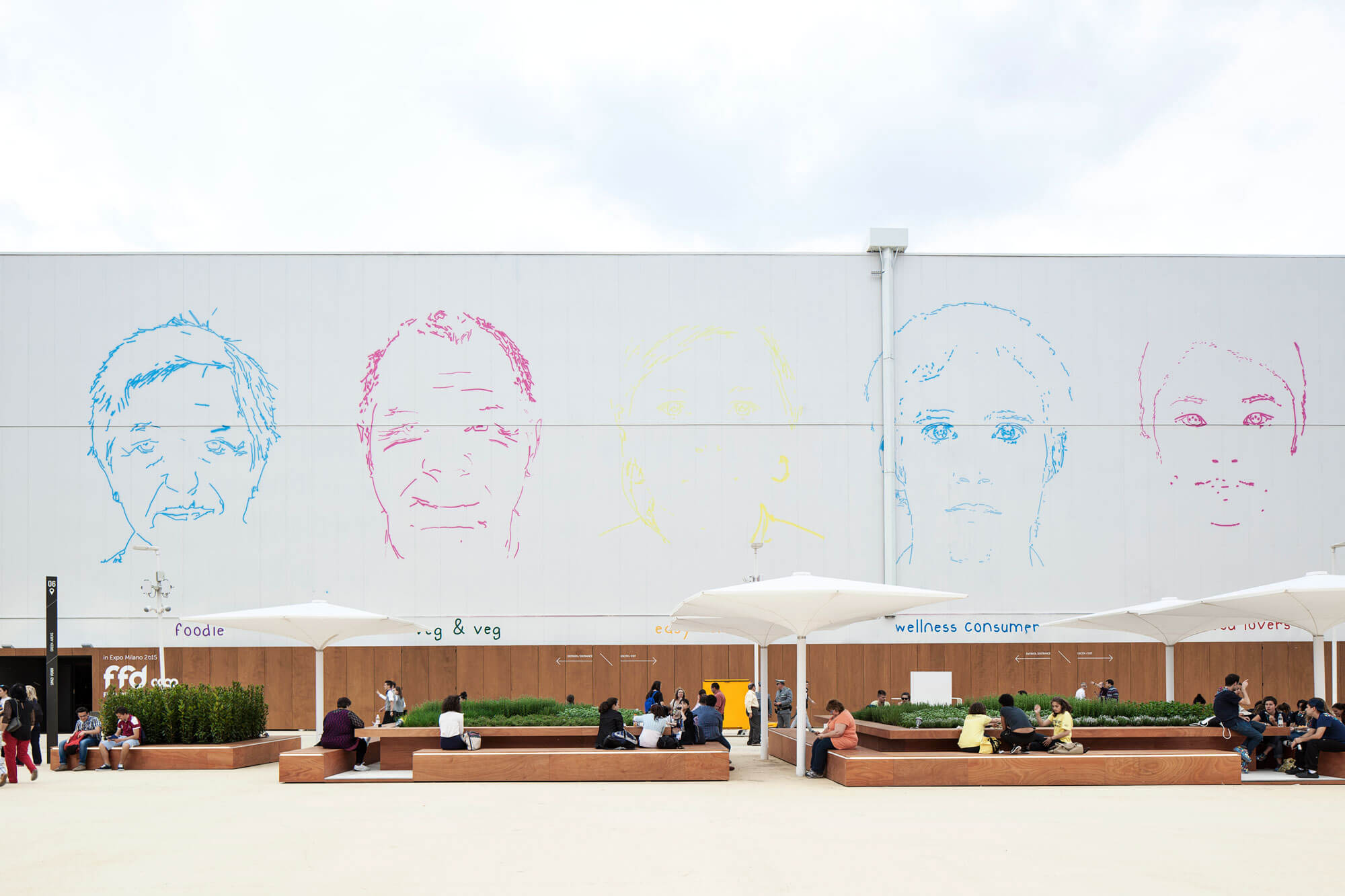 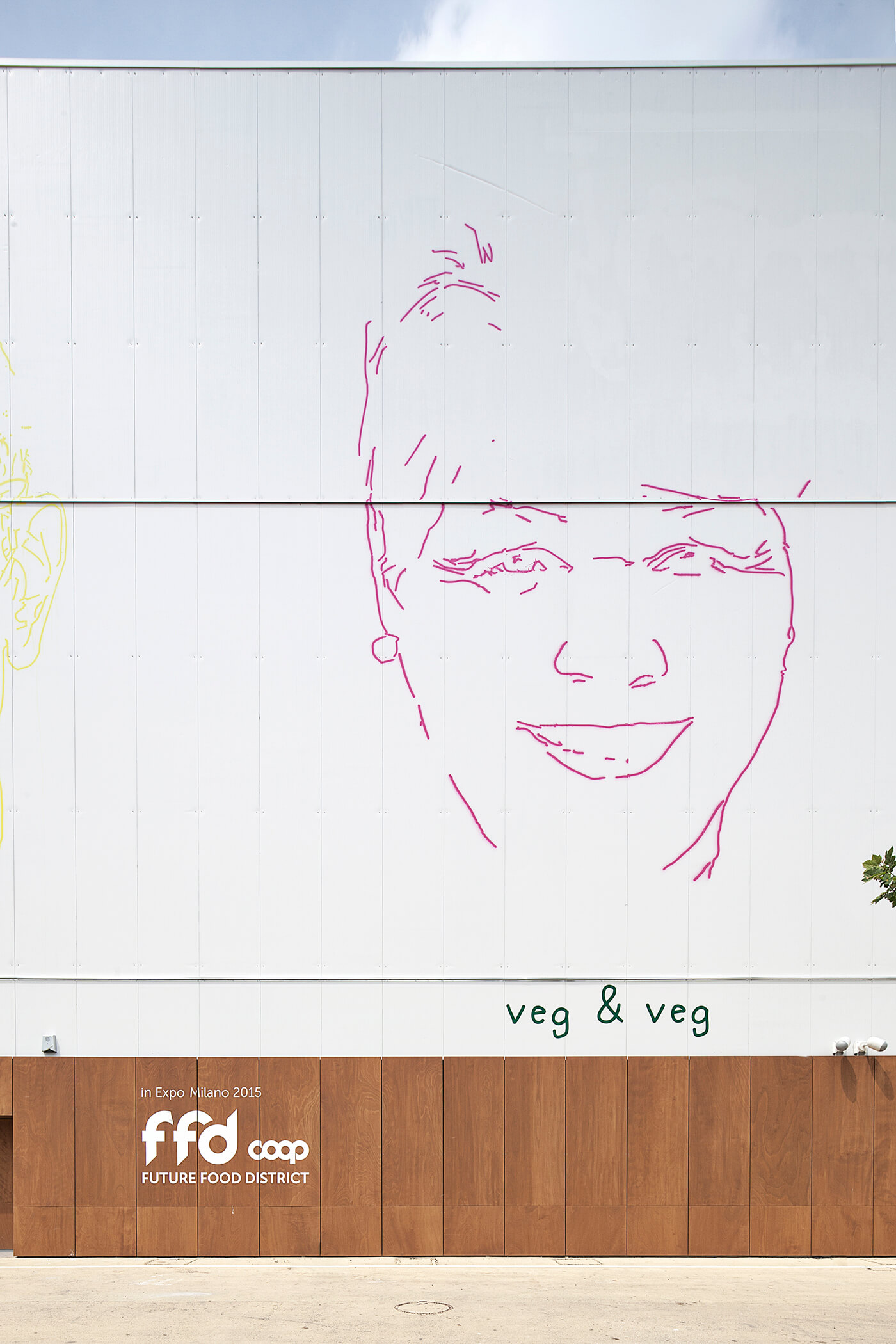 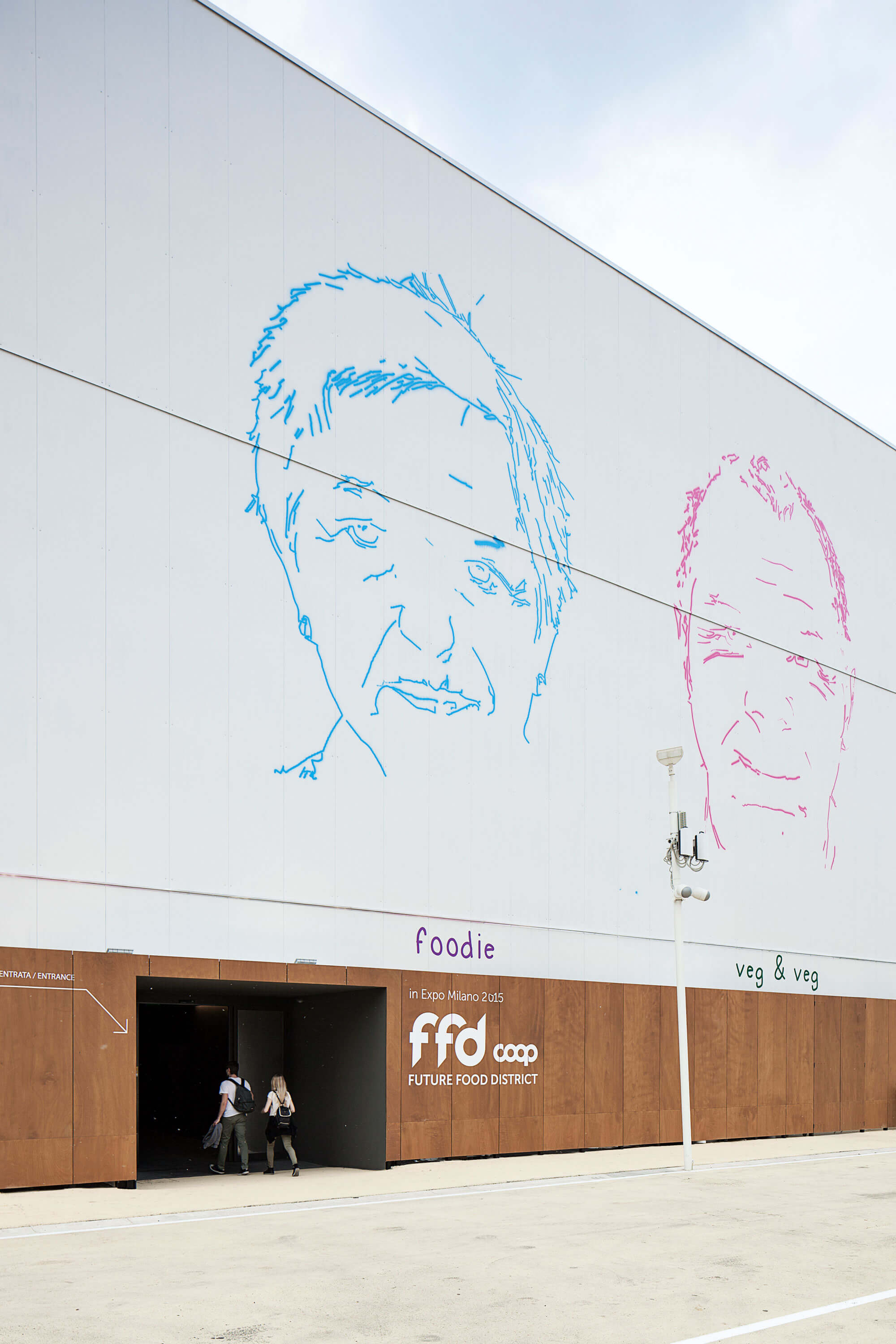 Acknowledgements
‍Guinness World Records 2015 for the largest plotted image of a total surface area of 878.7466 mq